A Window into Te Ao Māori: The Taiaha

In this week's Window into Te Ao Māori, Tama Ale Samoa explores the power of iconic Māori weapon, the Taiaha. 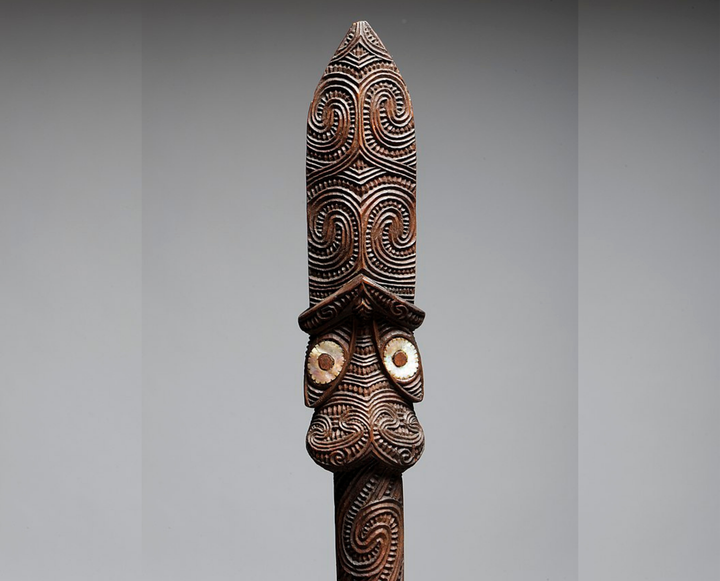 The taiaha is one of the most iconic of all the Māori weapons and it was born when Tū, the god of war sought out Rūrūtangiākau, the weapon maker of the gods, and asked her to fashion a weapon that is unmatched by any other.

Thus, Rūrūtangiākau created Akerautangi, the father of Taiaha. It had a long strong body to block parry and attack, four faces to see in all directions, a protruding tongue to taste the flesh of its enemy, and one sharp leg that could split the earth. Today the Taiaha is a physical representation of Akerautangi, the father of all taiaha. However, Akerautangi itself or himself, eventually evolved and became a tree, and still grows right across Aotearoa-New Zealand, and is still acknowledged as being the strongest of all New Zealand hardwoods. Commonly known as Akeake, which is short for Ake-Rau-Tangi, it translates to ‘the blade that shall forever reap’. 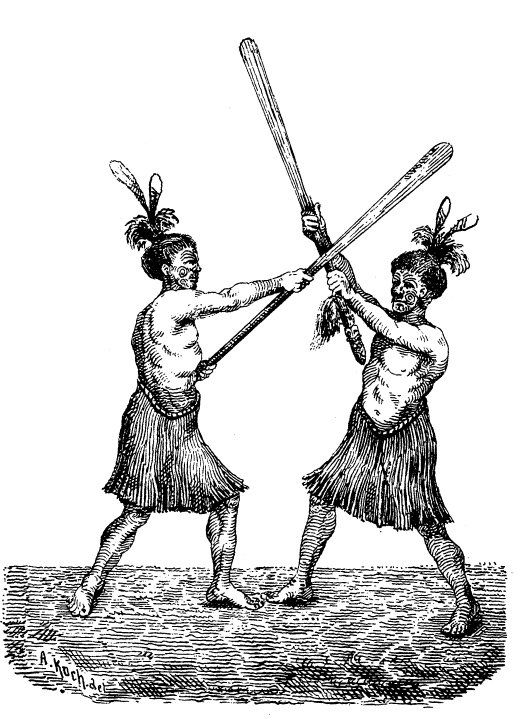 There is a martial art system connected to the Taiaha, known as Mau Rākau, that is still practised today. Each iwi or tribe have their own respected styles, that were adapted over the years, and re-analysed after every battle. The Taiaha requires skill, speed, and agility, which is why it was only wielded by high-ranking warriors, for all the highest art forms were practised only by those of noble lineage. The specialty of the Taiaha was and still is defence. A master wielder could last an entire battle untouched, at the same time as killing as many as ten attackers.

According to current Taiaha Grand Master Tukiterangi Curtis of Te Arawa, Ngāti Rongomai, the Taiaha says to his enemy, “keep your distance”. Tukiterangi Curtis states that this is the purpose of the Taiaha in battle: to keep your enemy at a distance, not too far that your blade may not reach, and not too close that your enemies’ blade may reach you.

This story from WW2, is a great example of how effective the taiaha is in hand to hand combat, when wielded by an expert. This story is told by Don Stewart, writer for the Whakatane Times, Kōtare 1943:

The old Maori weapon, the taiaha can be deadly when wielded by an expert. This was proved in a taiaha and rifle and bayonet duel at a small arms weapon training school at Maadi, the Middle East, in 1943.The school was an important centre in which soldiers of the 8th Army were given an intensive training course in every infantry weapon, from revolvers to bayonets. In this particular course there were Americans, Free French, English, New Zealanders, Cypriots, and Canadians. In one of the bayonets fighting sessions, Major Don Steward, a New Zealander, remarked to his hard-bitten instructors: “This is quite a weapon, I only know of one to beat it!” “What’s that?” Asked the instructor. “The Maori taiaha.” “What the hell is that? ”A fire-hardened wooden stave and fending spear, “replied Stewart. Derision and scorn followed this remark, which stung the Maori to the quick. As a result, he offered to prove his point. Immediately bets were offered at great odds that the man with a Maori weapon would be dead within seconds against an expert with a rifle-mounted bayonet.

The Maori champion, Lieut. Aubrey Te Rama-Apakura Rota, luckily had one with him. Rota was warned that he would have to take full risk of being wounded or worse, and that the incident was to be officially regarded as an exercise in the combat school, where ‘accidents ‘were fairly frequent. There would be no holds barred on either side. Stripping off his tunic, the young Maori stood facing the grinning ‘modern soldier ‘in much the same way his forebears had faced the British redcoats a century before. The signal to start was given. The soldier lunged in and thrust in perfect precision, but each move was parried by the light-footed Maori who bided his time and stood on the defensive. Failing to penetrate the Māori's guard, the other soldier grew increasingly angry as thrust after thrust was tossed aside by the stout wooden weapon. Sometimes it was repelled with such violence that the European soldier was flung sideways. Finally, he crouched and charged in directly at the Māori's midriff. This was Rota’s chance. Grasping his weapon firmly, he sidestepped, tipped aside the blind thrust, and caught the lunging figure a smart uppercut in the stomach with the bladed end of the taiaha. In a flash he whirled the weapon about, to crash the business-end on top of his opponent’s skull. Down he went, to be out of action for some days in the camp hospital—another regrettable accident from the small arms school. The effect on those present was profound. Money changed hands at great odds, as the jubilant minority collected. The story was repeated with almost unbelievable astonishment throughout the Middle East.