From a Waikato dairy farm to the world - Jonathan Eyers is one of ten Lexus Song Quest Semi-Finalists. Follow the journey of these elite young opera talents as they compete for New Zealand’s most prestigious singing accolade and a share of $90,000 in prizes. 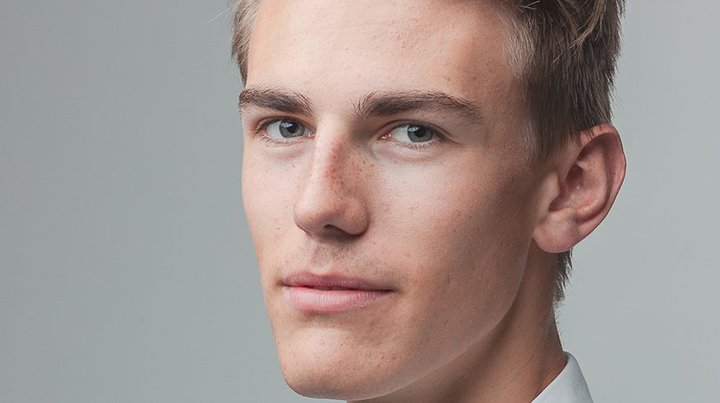 From growing up on a Waikato dairy farm to London’s Guildhall School of Music and Drama – Jonathan Eyers is ready to take on the world.

“It is a real privilege to be a part of the Lexus Song Quest. It has always been seen as the premiere competition, showcasing the best of what New Zealand has to offer,” says Jonathan.

“I have seen many singers and friends that I admire go through this competition and gain so much from the experience."

"I am so excited to be involved with this incredible part of New Zealand's singing heritage and am especially looking forward to singing with my colleagues and friends.”

One of the youngest Semi-Finalists to compete in 2018, Jonathan has already achieved much, having completed his BMus (Hons) with First Class Honours from the University of Waikato under Dame Malvina Major in 2016, where he was also a Sir Edmund Hillary Scholar.

Jonathan is also a keyboard player, playing the piano for 17 years, the organ for nine years (he was Organ Scholar at St Peter’s Cathedral, Hamilton for four years), and beginning harpsichord studies in his final year of University.

For the Semi-Finals Jonathan is performing pieces by Bach, Hahn and Ravel, noting:

“the songs that I have picked really encapsulate the breadth and depth of the human experience."

"They are all portrayed in such a wide range of musical style and interpretation. It makes it so fascinating and exciting as a performer to unravel everything, so that I can present them in the most engaging and convincing way.”

Jonathan moved to Berlin in September 2017 for his OE and to study the German language. In September 2018 Jonathan will take his place in the Artist Masters programme at Guildhall School of Music and Drama in London, for which he was awarded a £10,000 scholarship, so he’s excited to have an excuse to return home to New Zealand to compete in the Lexus Song Quest.

“I am really looking forward to the opportunity to come back to New Zealand, and especially to visit friends and loved ones, as well as to really appreciate the beautiful New Zealand landscape. I really miss our beaches!”