Ahead of the premiere of her new commission, Pacific, at Wellington Cathedral of St Paul this month, US-based composer Gemma Peacocke talks about what inspires her work.

Pacific sets to music the words of famous New Zealand peace campaigners, and will premiere at Wellington Cathedral of St Paul on 16 September.

In 2015, Julia Wolfe won a Pulitzer Prize for her oratorio Anthracite Fields. Like a lot of Julia’s music, the piece is hauntingly beautiful and full of darkness and light. She mixes austere, sparse passages, with rhythmic folk and rock–inspired passages and inventive vocal techniques. Julia was my Masters teacher at New York University then, and she taught me how to write for voice. One of her simplest and most perfect pieces of advice was to sing the words over and over: in the shower, around the house and any time I was alone. In New York, people barely even notice if you walk down the street or sit on the subway singing into the Voice Memo app on your phone.

“In New York, people barely even notice if you walk down the street or sit on the subway singing in to the Voice Memo app on your phone”

After graduating I was asked to do a portrait concert at Roulette in Brooklyn, New York. I didn’t want to do a typical chamber music concert with a bunch of different pieces and performers dressed in concert black; instead I wanted to do something with a coherent, unified vision. I’m interested in music that is both emotionally and intellectually engaging; music with something to say. It can be a conduit to amplify voices of dispossessed populations, and purposeful use of music as sociopolitical engagement has been the focus of all my recent work.

“I’m interested in music that is both emotionally and intellectually engaging; music with something to say”

Working with poems from Eliza Griswold’s book, I Am the Beggar of the World: Landays from Contemporary Afghanistan, I wrote Waves + Lines, an evening-length multimedia song cycle for soprano, electronics and chamber ensemble. ‘Landays’ are poems composed and recited or sung in secret by Afghan women. They are often shared by text message and sometimes via a Kabul radio station; these means of communication gave me the name of the song cycle. Landays comprise a single rhyming couplet and are most often about forbidden love, grief, rage against subjugation and war. They relay both a collective and a very individual experience so vivid and relatable that it is hard not to be captivated by the powerful conviction and humour of the authors. Afghan women are largely invisible to the outside world, and their poems offer a surprising and vivid glimpse into their lives. I collaborated with theatre director Benita de Wit and artist Felicia King to combine elements of theatre design and staging into an immersive performance. The song cycle premiered at Roulette in June, with the incredible singer Eliza Bagg, and will premiere in Melbourne in April 2018, with an album tour planned for the US.

When I finished Waves + Lines, I began writing a new work for Tudor Consort, a set of three songs called Pacific. Written for chamber choir, piano four-hands and electronics, Pacific sets to music the words of three well-known New Zealand peace advocates: David Lange, Te Whiti and Archibald Baxter. New Zealand has focused a lot on the centennial commemoration of WWI and the battle at Gallipoli (in which three of my great-grandfathers fought). We talk a lot about the formation of a national (and particularly Pākehā) identity in relation to WWI, but I wanted to know more about New Zealanders who have taken a less popular stance; those who have stood against the prevailing calls for war, and the words they used to do so.

I'm really excited to work with the Tudor Consort and director Michael Stewart towards the premiere on 16 September at Wellington Cathedral of St Paul, and to continue writing humanist works for human voices.

Pacific is made possible with the support of the Peace and Disarmament Education Trust. Buy tickets for the Tudor Consort concert at Wellington Cathedral of St Paul on 16 September, here. 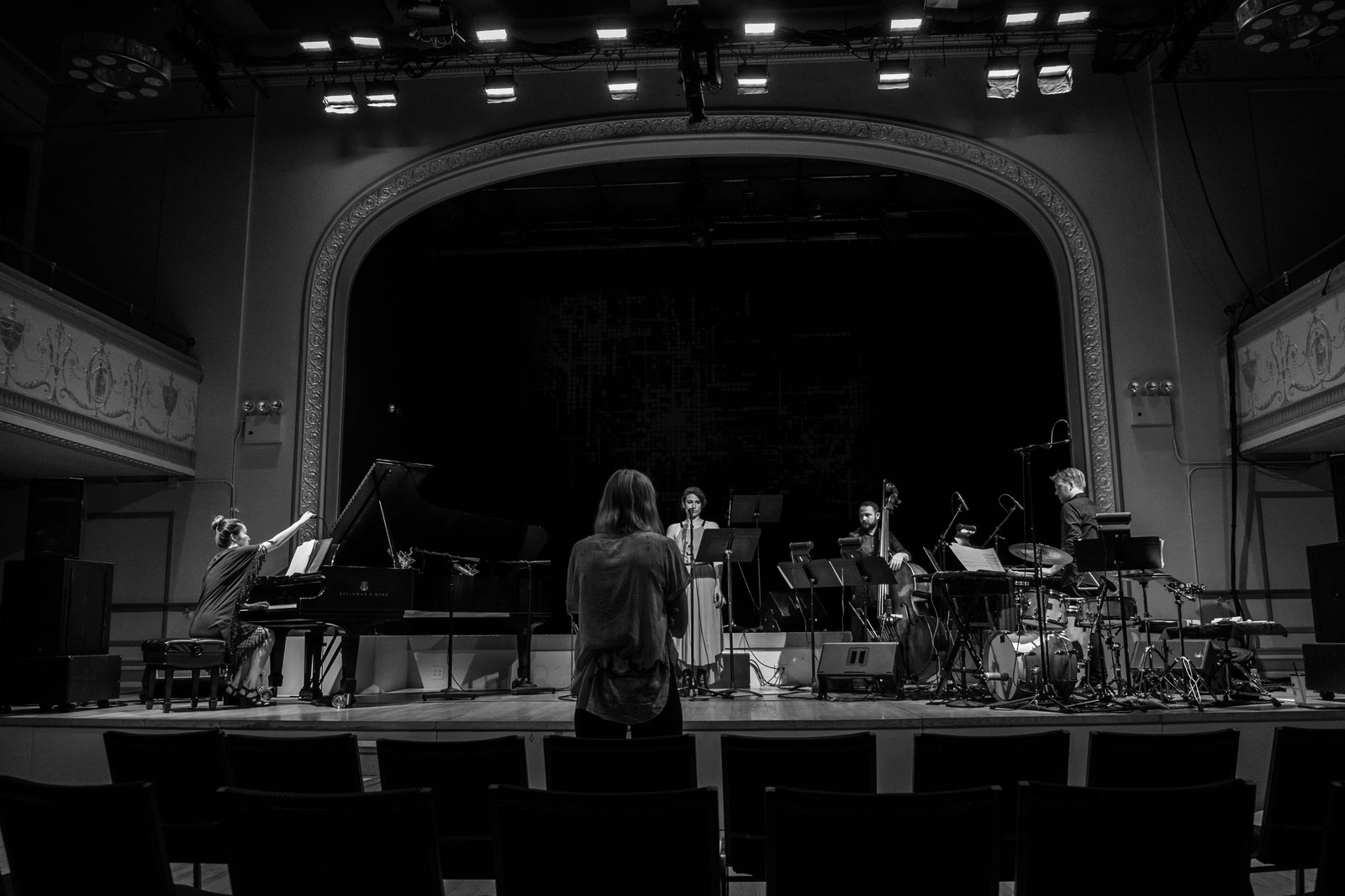