The following is a letter to the writer Chris Kraus, Faith’s arts inspiration. 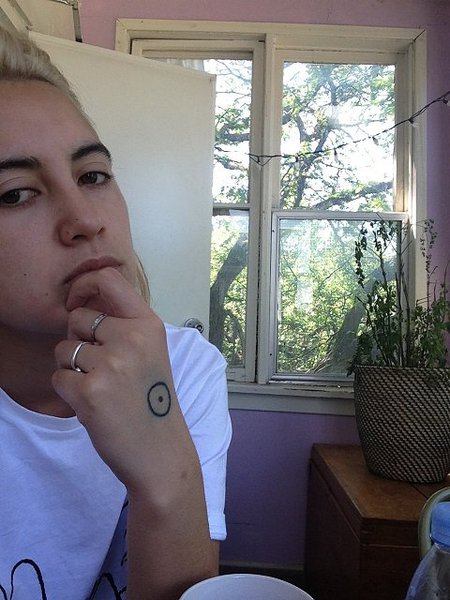 Earlier this year Faith spent time at a writers residency in Manitoba, Canada, run by Chris Kraus. Kraus is the author of I Love Dick, and a recent biography of Kathy Acker.

1. Hi Chris Kraus.
2. My mum’s maiden name is Krause and even though there’s a one letter difference (and are actually pronounced differently in German), I’ve always felt a strange kinship with Chris, and so, in a way, I’ll call her my literary mother, and I’m sure this will be news to her.
3. When I told people I was going to Winnipeg, Manitoba to do a three week writing residency with Chris Kraus, most people were like, “cool… I’m not familiar with his stuff”.
4. I went to Winnipeg this year and hung out in a gallery with some other artists and Chris Kraus was our teacher.
5. Chris Kraus is a very good teacher.
6. Chris Kraus is a really, really good writer.
7. My mum always talked about Chris Kraus when I was little, so, I kinda feel like I liked her before she was cool lmao.
8. I Love Dick is not the only book she has written but it’s her most famous.
9. A few years ago, I was confused about trying to be a creative writer and a critic at the same time and then I found Chris Kraus
and realised that everything was going to be okay in the world and that I could be both.
10. Around that time, I started writing a book called I Love Chris but I only got a few lines in and gave up.
11. The reason why I wrote it is I was trying to be clever and I thought that if I wrote it and sent my manuscript to semiotext(e) that they would realise it was very clever and publish my book.
12. Chris Kraus co-edits at Semiotext(e), a publishing company, with Sylvere Lotringer (her ex) and Hedi El Khoilti (just a friend, I think).
13. In I Love Dick, Chris develops an obsessive crush on a man named Dick, and she begins writing him love letters.
14. Last year I made an Instagram account and chronicled my growing obsessive crush on an artist called Simon Denny.
15. This was a fabricated crush, and actually I really hated Simon Denny, the whole thing was meant to be an analogy for always needing validation by WMAs.
16. When I spoke to Simon Denny on Skype he told me that my work reminds him of Chris Kraus’s work, and I was flattered, and I got his approval, which was the only thing I sought at the time.
17. When I spoke to Chris Kraus in Winnipeg, she told me she is an old friend of the Denny’s and that Simon is like a nephew to her.
18. I told her that my views on Simon Denny had changed because he was very kind and generous to me and if I ever go to Berlin, I might ask Simon Denny if we can be proper friends.
19. I also might ask Chris Kraus if she could adopt me as some kind of art child, but that might be taking it too far.. maybe a kind of niece, and in that in case Simon Denny and I would be cousins, or siblings of sorts.
20. In Winnipeg, I had an epiphany.
21. A series of epiphanies - I guess that’s what metamorphosis might be like.
22. I felt very anxious all the time. Not in necessarily a bad way, I just felt very aware of my tininess as a human, and that the person that I’d come to recognise myself as, was not a person at all, but a carefully constructed facade.
23. The facade started cracking in Winnipeg, and I felt very naked all the time.
24. Which was sometimes a not so nice feeling, so when this happened, I wrote.
25. Which was a lot. I wrote a lot. More than I have written since university. I just wrote and wrote and wrote and didn’t stop to check if it made any sense and it was very incoherent but it was like someone had released a plug and i just had to write because if i stopped writing i would be stuck behind the facade which was getting very uncomfortable.
26. I showed Chris Kraus my writing.
27. She kind of looked at me like I was a bit mad because I had produced so much writing.
28. And we went outside and talked about it but the good thing is that we didn’t talk too much about the writing itself, we talked about me, which is essentially what the writing is all about.
29. It was obvious from my writing that I was going through some stuff, and we connected because she had a hell of a time at my age, and alas, a lot of it we can blame on Saturn return. A time of astrological shift, where everything changes and you can either resist and fall into a deep chasm or go with the flow and perhaps still fall into the chasm but you may find something to help you up along the way down, like steps, or a ladder.. and in my case, wings.
30. So Chris Kraus helped me find my wings.
31. Thank you Chris Kraus, love Faith. 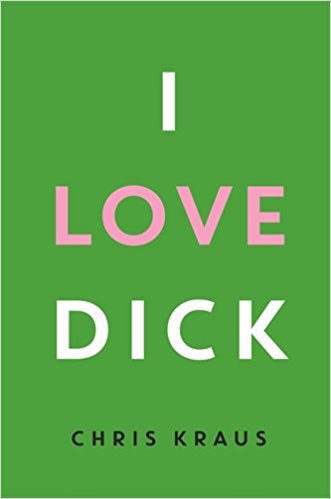