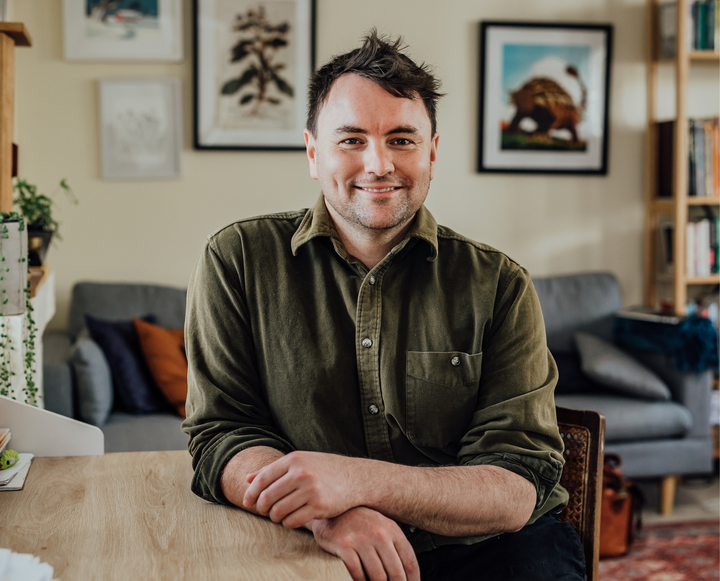 The first time I appeared on stage was… when I was 11 I starred in some Western musical at Matamata Intermediate. I can’t remember what it was called but I literally played Townsfolk Number 3 and Bandit Number 2. I got in trouble for improvising the line ‘Oh my god!’.

My favourite show of 2021 so far is… Chris Parker’s How I Felt. It was part of this year’s comedy festival. His bit about moving a clothes horse was just so real and so hilarious. Also, Brynley Stent’s Soft Carnage was a macabre sketch show and had me laughing so very much.

The part I’d love to play is… Oh look, I would just love it if Roger Hall woke up one day and wrote a part specifically for me. He’s the Godfather of New Zealand theatre and for me to perform a role that he has written for me would be ridiculously amazing. Imagine it!

The person I’d most like to perform with is… Internationally - Melissa McCarthy. I think she’s a genius. Locally - Rachel House. I just love her performances and am intrigued to see what her process is.

My worst on-stage hiccup was… when my co-star drove their character mobility vehicle onto the stage and it caught on the set wall and tore the whole stage down. And this was within the first two minutes of the play. Glass smashed everywhere, I was exposed, hiding behind the wall, and we just had to keep going!

My go-to quote for all situations is… Nam Myoho Renge Kyo. I’ve been a Buddhist for twelve years and that is the mantra you chant. It basically means you can grow a beautiful lotus flower out of mud. So you can transform any situation into one of beauty and growth.

The piece of theatre I’m nerdiest about is… I am a bit of a Shakespeare Nerd. I spent a lot of my university years abridging the plays. What?!

My favourite type of costume to wear is... Are wigs costumes? My goodness, I just get so much joy out of wigs, and they dictate so much about a character. I’m also a big fan of scarves. If there’s any chance a character could wear a scarf, I’m doing it! 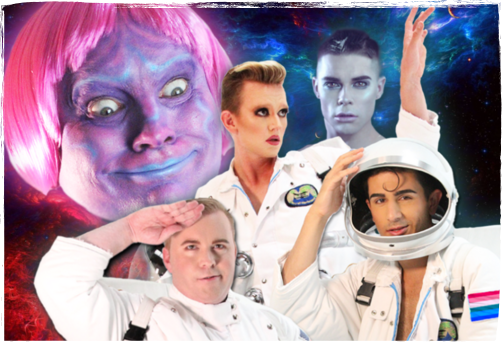 Tom Sainsbury is the one in a wig in Gays in Space at BATS theatre.

The show I most wish I’d seen is… The Crucible. Auckland Theatre Company did an amazing version apparently. I just love that play, and how big the cast is. I would just love to see it done live.

The last show I attended was… I actually went to an open mic stand up night in Wellington a few weeks ago. Does that count? I think it counts because you’ve got story and you’ve got amazing characters (whether they realise it or not). Honestly, these beautiful wannabe comedians getting up there and giving it their all is both inspiring but also so endearing, especially when they’re bombing. And there was a bit of bombing that night.

Writing or performing? Oh lord, I love both. Writing is the hard bit, but so satisfying when you write a scene that just zings along. Performing is easier, and when you’re riding that wave of excitement with an audience watching, it’s sublime. I love it all.

Collaborate or go solo? I love both (god I’m boring, just make a decision Sainsbury). But collaborating with friends is just pure joy. Doing Gays in Space just feels like absolutely fun. And you also don’t have to work as hard, because the others can carry it for a while. I do love solo, though. Because I’m completely in charge and can be a bit of a control freak.

My process for getting into character is... moving around as them and reciting their catchphrase. I usually come up with one line that will encapsulate their voice and attitude and that’ll help me sink in. And just a minute or of so of concentrating on them helps too.

A performance I wish everyone could see is… me being a pink alien in Gays in Space! He’s called Zabien and he is an absolute handful. He’s got a weird voice and has his own song. It’s mental, but he comes very easily to me, strangely…

Described alternatively as "a cult classic in the making" ( Ethan Sills, NZ Herald) and "exactly what you think it is" (Tim George, Theatrescenes), Gays in Space is on now at BATS Theatre until Wednesday 18 August