Three Picks from Lost in the Dark 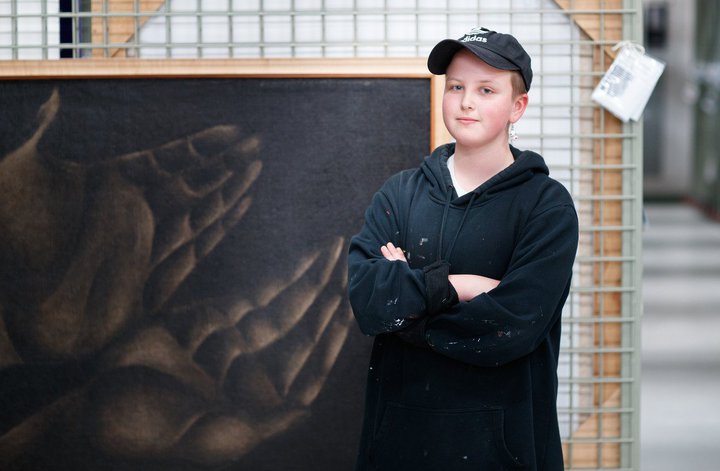 See Tony Fomison: Lost in the Dark at Te Papa until 4 November.

Tony Fomison’s dark paintings of misfits, monstrous figures and medical deformities in the late 1960s to early 1970s continue to fascinate and resonate with many.

In this new exhibition of his work Tony Fomison: Lost in the Dark, Te Papa invited students from Wellington High School to co-create the show – exploring the themes of otherness and outsiders that emerged in this troubled period of the young artist’s life.

Here, some of those involved share their picks from the show:

This artwork gives off an overwhelming feeling of doom. Emerging from the blackness is a face, highlighted only in crescent moons and the maladroit shape of the nose. The eyes peer out as if helpless to the body’s situation, whites barely visible behind dilated pupils. From a gaping maw comes the coiled, wrinkled shape of a pointed tongue, of which a strange mass takes up the centre – small but unwelcome, a bacteria-shaped growth. This ulcerative carcinoma gives the artwork its name. A fungus of the tongue, tangible; a growing mould of sickness. 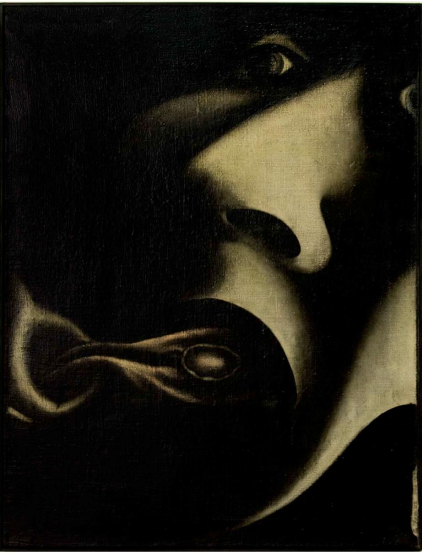 Drenched in shadows, a medical instrument is all that remains beyond the face and its affliction. However, when I first saw this painting I thought the forceps were a hand. The prongs appear like brittle, curved fingers, pinching the tongue in an unforgiving hold. Whatever the shape is, it is metallic and medical. Cold and unloving. Unease creeps from its shiny yellow grip. The tongue is wrenched and misshapen, drawn out of the throat as the tumour is observed in its host. The patient is treated as a medical abnormality by some other being, and there is no humanity in the action itself.

The emotion lies in the creeping feelings of shame and apprehension, in the swirling fear in those staring, almost deadened eyes. This is a scene that should be observed in darkness – dark black shadows and a gloomy musk shrouding too much from being revealed for the viewer’s own sanity. It represents a feeling that sits deep in the belly, unmoving as a peach pit, discomfiting and heavy. The physical confrontation of that - whether it be guilt, unease, shame, disgust – seeps into the conscience of the audience. Cough syrup and sludge almost slide off the image itself, coagulating at the foot of the frame. It’s not a painting I’d ever hang in my bedroom.

Two distorted hands emerge from the shadowy darkness of Tony Fomison’s painting. The palms are outstretched, as if they are begging for something – a gesture reminiscent of waiting to receive the Holy Communion in church. 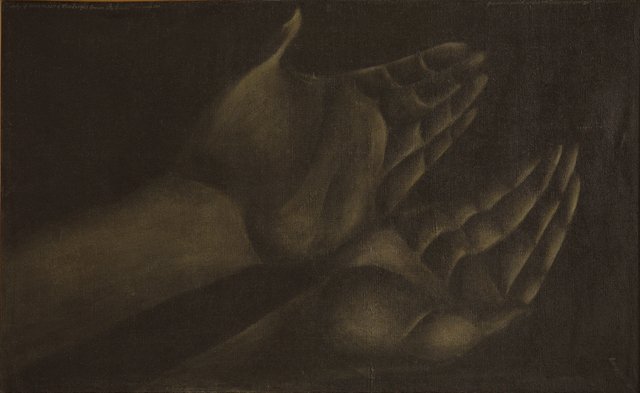 These hands were not taken from a religious source, however, but inspired by an illustration from a medical textbook on skin diseases. Yet, in Fomison’s painting, there is no obvious sign of infection, blemish or injury to the skin. It is as if the hands are offering themselves up for inspection, waiting for the viewer to determine whether or not these hands seem ‘normal.’ This, too, has religious connotations, echoing biblical stories about the treatment of lepers – society’s ultimate outcasts.

This painting was one of the most significant works Fomison painted in his early career, and he kept it in his personal collection throughout his whole life. I can understand why: like a fortune-teller reading palms, there is much to see in these stark, gloomy hands.

Just a lag. A prisoner in his cell, trapped by circumstance and trapped by the light of this moment that Fomison has caught him in. But he is ennobled too – this light has given him a dignity that he would rarely have felt in life, imprisoned as he is, a seasoned time server. And now we are able to see the man beneath the sentence and the court files.

The man who is caught in sleep, but whose thoughts are free to run and to linger wherever. His face is a landscape and his dreams run beneath like hidden, underground streams. 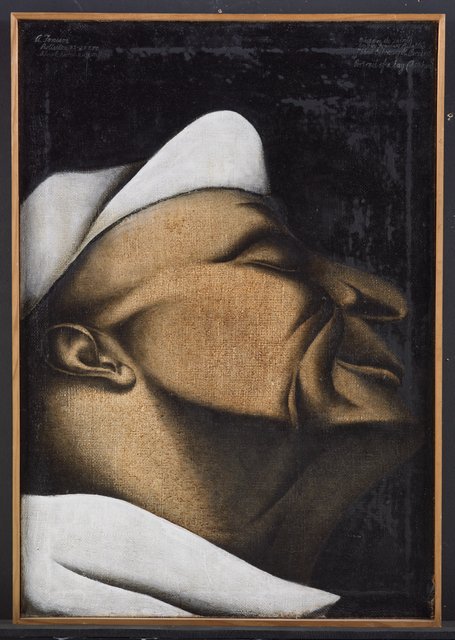